← more from
Extraconscious Records
Get fresh music recommendations delivered to your inbox every Friday.
We've updated our Terms of Use. You can review the changes here. 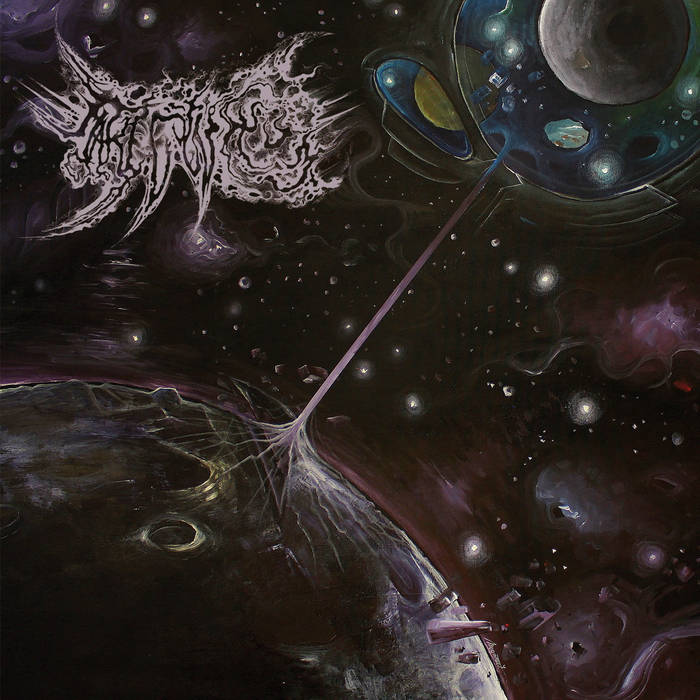 Archmage Orladin The pinnacle of atmospheric black metal. I've been listening to such music since "Anthems to the Welkin at Dusk" and this album slays them all and is up there with Anthems and very few others. Jacob's talent is stunning. Favorite track: The First Point Of Aries.

Ell Bee I already own a physical copy of this. But I had to buy it again because this is honestly one of my favorite black metal albums to come out within the last decade. and if I'm being really honest, it's one of my favorites of all time.
it's magical, melodic, and very emotional. a gorgeous work of art. <3 Favorite track: Aether Wind.

The Skree of Culloden

A pivotal name in today's atmospheric black metal metal scene, MARE COGNITUM have always had much more to offer than mere ambient-infused black metal riffing. Their previous works, 'Phobos Monolith' (2014) and 'An Extraconscious Lucidity' (2012) showed a pronounced progressive approach to metal, and an unbearable tension that often releases itself in majestic, memorably dark melodies. New album 'Luminiferous Aether' travels across the same astral paths of the past, but with a stronger philosophical vision that permeates both music and lyrics, giving birth to an original cosmic black metal opus that borders on pure sci-fi.

"'Luminiferous Aether' is a mere fragment of a larger contemplation of humanity's state, a reflection of its current position where it finds itself surrounded on all sides and even threatened from within," explains Californian multi-instrumentalist Jacob Buczarski, MARE COGNITUM's sole member. "In the face of an indifferent Universe, the hubris of man dictates that solutions come from self-destruction. The resulting rumination is a binary lamentation and musing on both whether or not and from where we can find hope, and also an investigation into what compels the human spirit to conquer the insurmountable, and to change in a deeper way than the catalyst of evolution would seem to spur."

More violent, nihilistic and intense than its predecessors, MARE COGNITUM's 'Luminiferous Aether' dissects mankind's dark nature and ponders its peculiar impetus for masochism. And by doing so, it glances at a problematic future, at our final destination. "In an attempt to pierce to the core of sentience and its significance," Buczarski concludes, "the light and darkness of man is weighed and considered, and one begins to realize that in all of this, the hourglass of time swiftly empties, marching confidently towards humanity’s inevitable end."
credits
releases September 16, 2016

All music composed, recorded, and produced by Jacob Buczarski at the Lunar Meadow, 2014-2016

Mare Cognitum is a one-man band conceived by Jacob Buczarski.

Let yourself drift into the unknown edges of the cosmos.

The most beautiful thing one can experience is the mysterious.

Bandcamp Daily  your guide to the world of Bandcamp